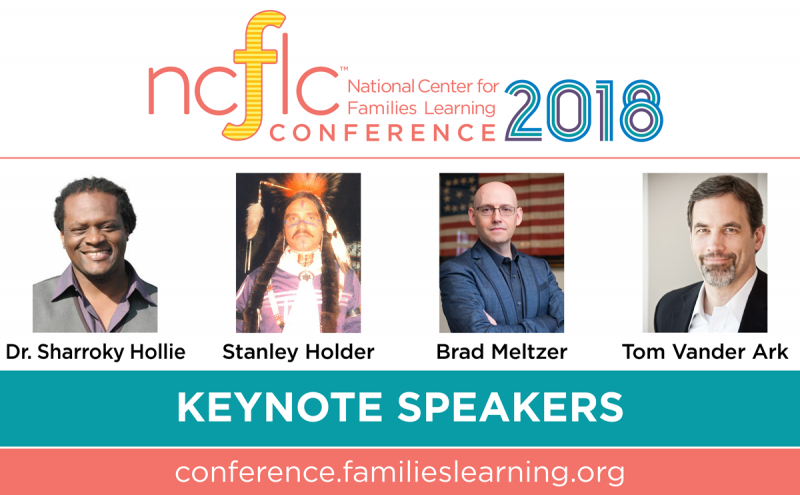 Dr. Sharroky Hollie Opening Session, September 24, 2018 Dr. Sharroky Hollie is a national educator who provides professional development to thousands of educators in the area of cultural responsiveness. Since 2000, Dr. Hollie has trained over 150,000 educators and worked in nearly 2000 classrooms. Going back 25 years, he has been a classroom teacher at the middle and high school levels, a central office professional development coordinator in Los Angeles Unified School District, a school founder and administrator, and a university professor in teacher education at the Cal State University. Sharroky has also been a visiting professor for Webster University in St. Louis and a guest lecturer at Stanford and UCLA. Stanley Holder General Session, September 25, 2018 Stanley R Holder is a member of the Wichita and Affiliated Tribes.  He is a former Vice President of the tribe and has served in various capacities as an employee and member of tribal committees. In 2013, Mr. Holder retired from the Bureau of Indian Education where he served as the Director of Student Services at Riverside Indian School which is an Indian Boarding school and the Acting Associate Deputy Director of the Division of Performance and Accountability.  His most recent position is as the Executive Director of the Acoma Tribal Department of Education. He has over 30 years of experience in developing and managing education, behavioral, mental health, and economic development programs and projects for federally recognized tribes and tribal community organizations. Other positions he has held include being a consultant to the Comprehensive Center at the University of Oklahoma and as the Director of the Tribal Youth Training and Technical Assistance Center in the Education Development Center, under a contract with the Office of Juvenile Justice and Delinquency Programs in the U.S. Department of Justice. He has published articles on the Therapeutic Model development at BIE residential schools and designed and managed the organizational structure for the Therapeutic Model at Riverside Indian School.   Brad Meltzer Banquet Celebration, September 25, 2018 Brad Meltzer is the #1 New York Times bestselling author of The Inner Circle, The Book of Fate, and nine other bestselling thrillers including The Tenth Justice, The First Counsel, The Millionaires, and The President’s Shadow. His newest book, The Escape Artist, also just debuted at #1. In addition to his fiction, Mr. Meltzer is one of the only authors to ever have books on the bestseller list for Non-Fiction (History Decoded), Advice (Heroes for My Son and Heroes for My Daughter), Children’s Books (I Am Amelia Earhart and I Am Abraham Lincoln) and even comic books (Justice League of America), for which he won the prestigious Eisner Award. He is also the host of Brad Meltzer’s Lost History on H2 and Brad Meltzer’s Decoded on the History Channel. The Hollywood Reporter recently put him on their list of Hollywood’s 25 Most Powerful Authors. Mr. Meltzer is also responsible for helping find the missing 9/11 flag that the firefighters raised at Ground Zero, making national news on the 15th anniversary of 9/11. Tom Vander Ark Closing Brunch, September 26, 2018 Tom Vander Ark is an advocate for powerful learning experiences that prepare youth for the automation economy. As CEO of Getting Smart, he advises school districts, colleges, and impact organizations on the path forward. A prolific writer and speaker, Mr. Vander Ark is author of Getting Smart, Smart Cities, and Smart Parents and has published thousands of articles, co-authored more than 50 books and white papers. He writes regularly on his Education Week blog, Vander Ark on Innovation, and contributes to GettingSmart.com, Medium, HuffPost, and LinkedIn.    Previously he served as the first Executive Director of Education for the Bill & Melinda Gates Foundation. Mr. Vander Ark served as a public school superintendent in Washington State and has extensive private sector experience. He is Board Chair of Charter Board Partners, Director for 4.0 Schools, Digital Learning Institute, eduInnovation, and Imagination Foundation. Join us to learn from these speakers and the over 100 concurrent sessions in adult education, American Indian/Alaskan Native, early childhood education, English learners, research and policy, and two-generation learning. Register today!  Save $100! Early bird rate ends July 1st.